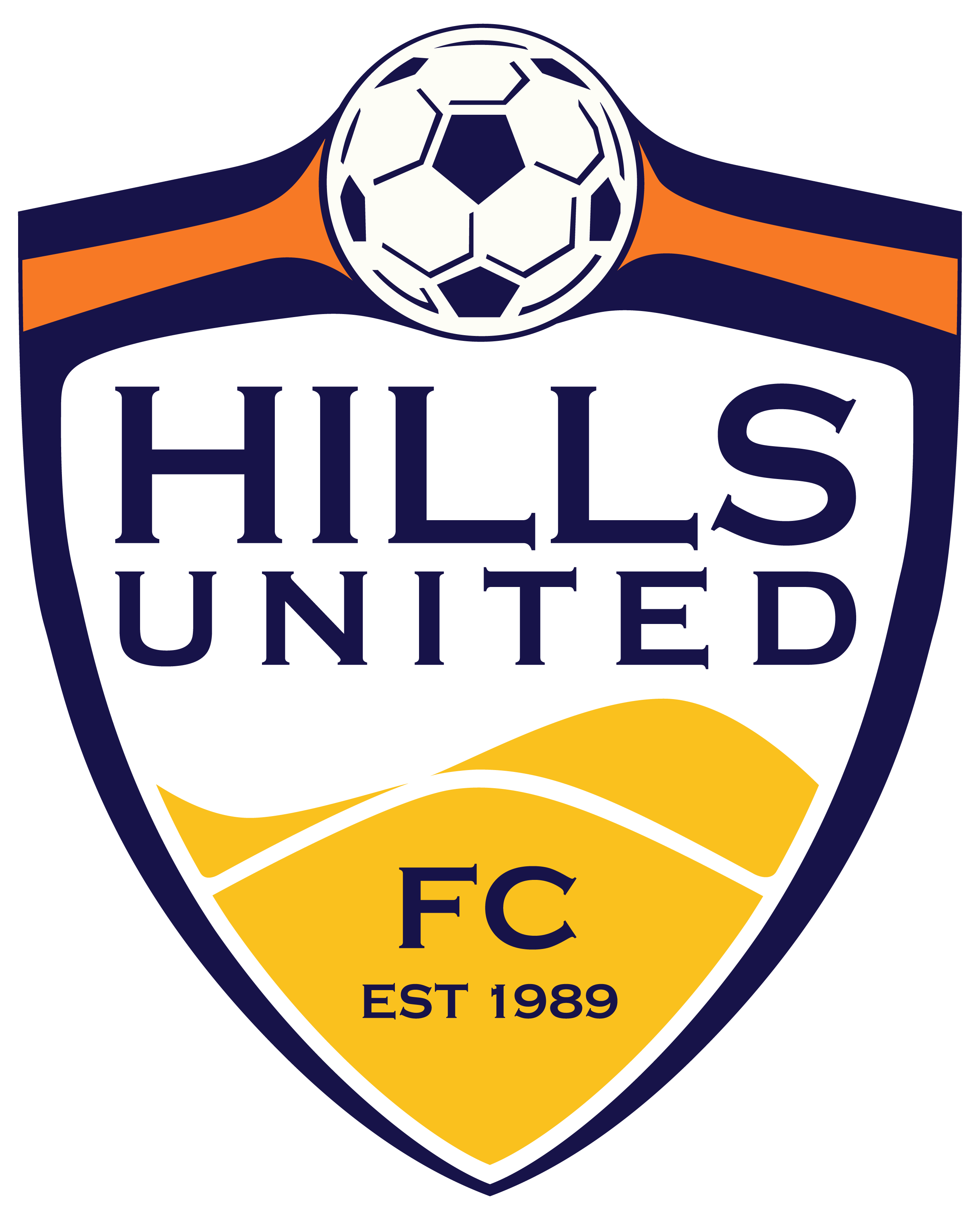 HILLS UNITED FOOTBALL CLUB was established in 1989 following Castle Hill United FC and Baulkham Hills FC recognising a strong demand and need for the Hills Community to have its own representative Football Club so the Youth and Adults of the Hills region could play elite level football. As the representative football club of the Hills region, HUFC now provides an opportunity for an elite football pathway to every child from every local football club in the Hills. HUFC is a foundation member of the Hills Football Association with over 11500 registered players. The number of registered players in the Hills is growing at an alarming rate and future forecasts have Hills Football Incorporated set to become one of the biggest football associations in the country in coming years. During our trial period for the 2018 season, Hills United FC attracted over 1000 players which was one of, if not the biggest trial for an NPL club in NSW. Hills United currently play in the Football NSW NPL 2 competition for u18’s, u20’s and 1ST Grade. The Youth u13’S – u16’S currently play in the NPL 1 competition and we also have an Elite Skills Acquisition Program (SAP) for u9’s – u12’s. Currently our Home training ground is Russell Reserve, Withers Road Rouse Hill and our Home ground for our youth and seniors is Lily’s Football Centre in Seven Hills.